The First United Methodist Church of Woodstock is more than a building and the people who presently occupy it. Its foundations are anchored in the bedrock of theological beliefs that can be traced back for centuries. The events and lives of those who have come before us are the brick and mortar from which the walls are built. It is important to take time and remember the history of our church.

In 1850 Rev Moorhouse organized the Woodstock Methodist Episcopal Society.  They met at a schoolhouse and were served by circuit pastors until 1863 when a church home was purchased. In 1870 a larger, white frame church was built at the corner of West South Street and Throop.  The congregation quickly outgrew that church, but WW1 began and plans were abandoned until 1923. Plans abruptly changed on February 4, 1923 when a fire broke out and burned the building to the ground-with only the church bell surviving.  The determined congregation began construction of the new brick building May of 1923! 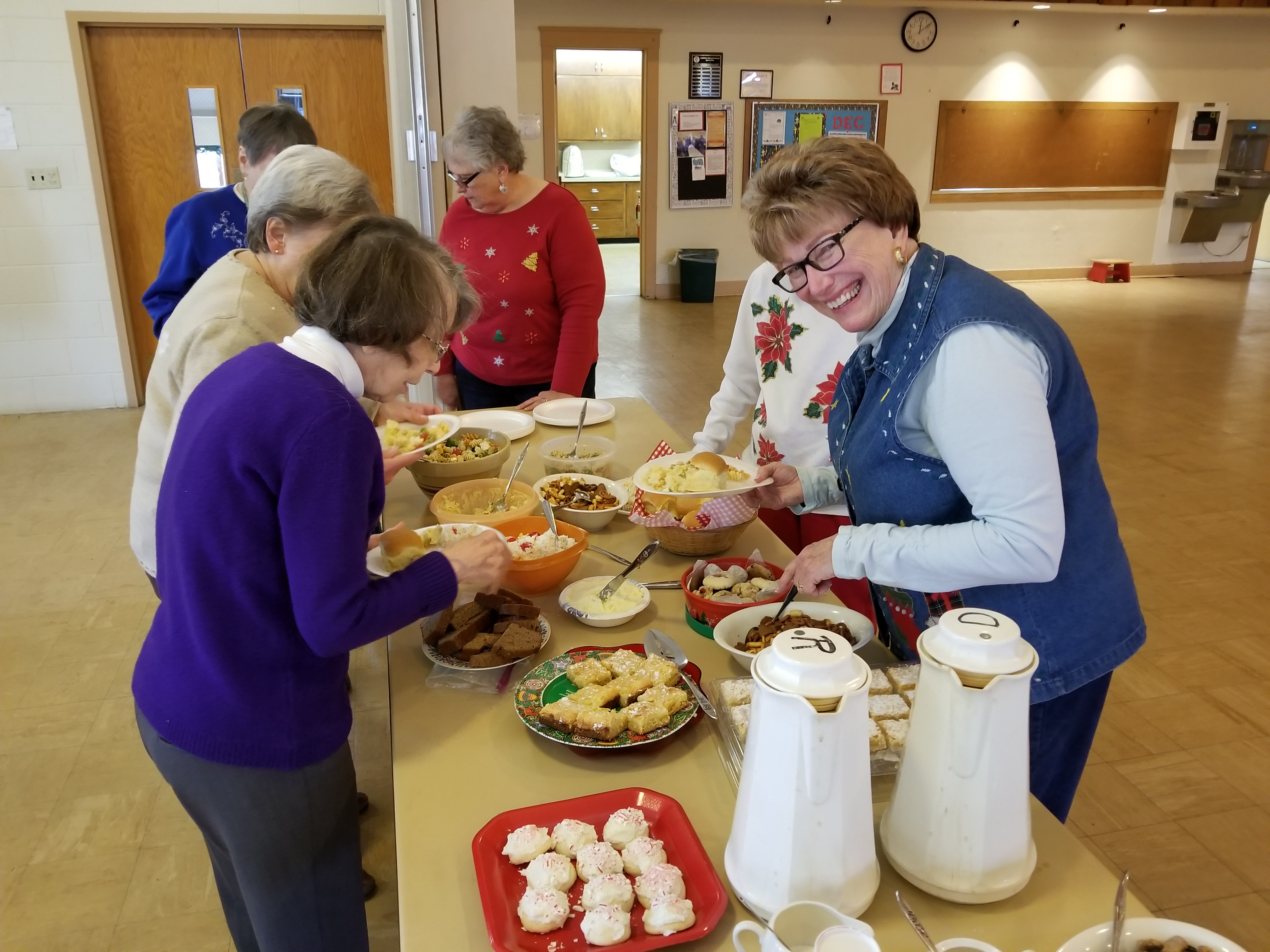 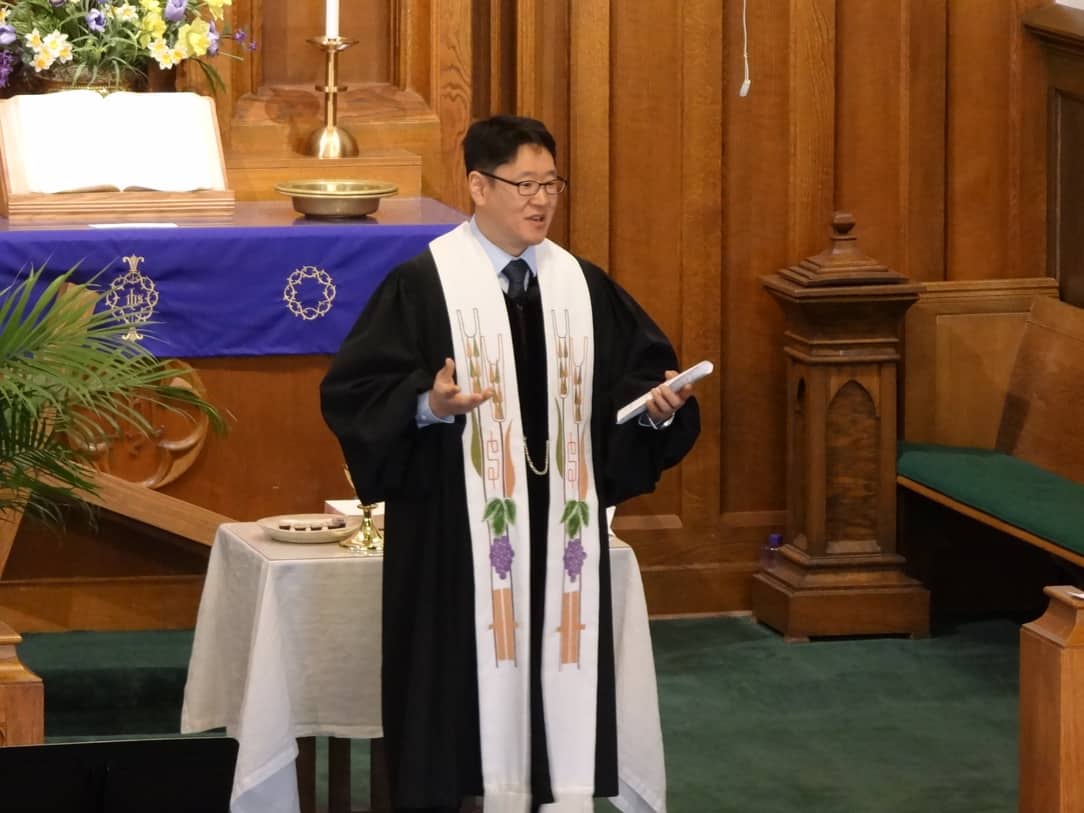 The Preschool was established, licensed and DCFS approved in 1995. They have a fenced in playground.  Recent updates have included a digital sign, remodeled kitchen & English Room, AV aids and large screen TVs in the Sanctuary as well as classrooms. An open lot is now available for outdoor activities and the Parsonage has been completely renovated. FUMC is primed for growth!

The Cross and Flame

The history and significance of the Cross and Flame emblem are as rich and diverse as The United Methodist Church. The insignia’s birth quickly followed the union of two denominations in 1968: The Methodist Church and the Evangelical United Brethren Church. 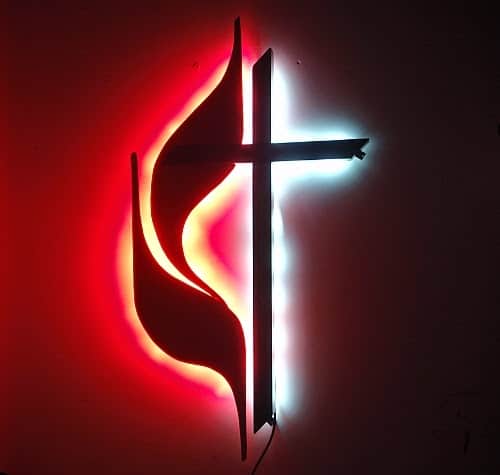 If you would like to learn more about First United Methodist Church of Woodstock and how we got to be who we are today, you can download a document with covers our entire church history.